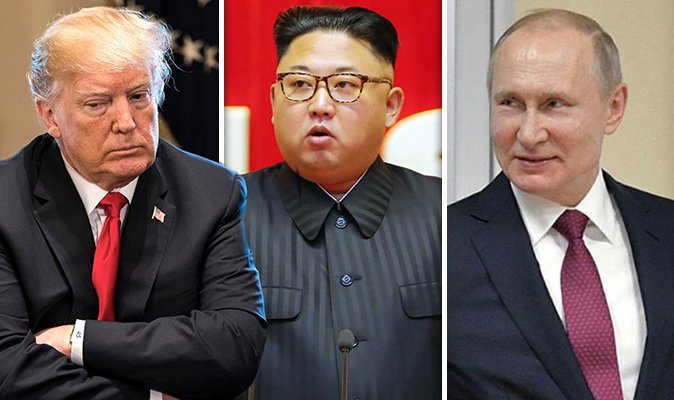 On September 13th: Syrian Government Not Happy
Syrian President Bashar Assad and his government is voicing anger towards the airstrikes in Syria due to their not being included in targeting and eliminating the terrorist threats in Syria. There is some concern as to whether the United States will put Assad in their targets during its campaign against terrorism in the area.

On September 13th: Defense Department Included In Latest Ebola Threat
President Obama has enlisted the defense department in response to the recent Ebola outbreak in west Africa. Concerns have been raised as to whether including the defense department will stretch the military even further, taking focus away from dealing with the current terrorism threat.

On September 12th: Worst Ebola OutBreak In History
The Ebola outbreak in west Africa has been named the worst outbreak of Ebola in history and has claimed more than 2,200 deaths thus far. Liberia, Nigeria, Guinea, and Senegal have been hit by the virus so far and it shows no signs of stopping.

On September 12th: Australia Terror Level Increased
Australia has raised its terrorism alert from medium to high for the first time in 11 years due to growing evidence that a terrorist attack on Australia is likely. There are an increasing amount of Australians working with terrorist organizations. For over a year the number joining these organizations have been increasingly high.

On September 11th: ISIS Recruits Increasing Fast
Battlefield victories have increased recruits joining ISIS and doubled it’s forces. A spokesman for the CIA has stated that ISIS can muster between 20,000 and 31,500 fighters accross Syria and Iraq.

On September 11th: Russia Warns US About Airstrikes In Syria
Russia has issued a warning against the United States against its growing involvement and airstrikes in Syria. Russia has stated that the U.S involvement in Syria without approval of the U.N counsel would be seen as an act of aggression and a violation of international law. President Obama has stated that he has plans to “Destroy and degrade” Isis.

On September 11th: Arab States Join US Against ISIS Threat
10 Arab states have pledged their support to the US cause against Isis and have offered military support and humanitarian aid in an attempt to stop the flow of funds and foreign recruitment.

On September 11th: No Sign Of Russia Backing Out Of Ukraine
Despite Russia’s denial of their presence in the Ukraine and the ceasefire between the pro Russian rebels, Russia still ha 1,000 troops stationed in the area, and 20,000 troops along the Russian/Ukraine border. In addition they are actively arming the rebels and supporting their cause.

On September 10th: US Deploys More Airstrikes In Syria
President Obama has approved more airstrikes in Syria and has stated that he will attack Isis ‘wherever they exist’ with counter terrorism strategies. 475 American soldiers will be deployed in Iraq.

On September 10th: ISIS Planning To Infiltrate US Through Southern Border
The department of homeland security has stated that they have intercepted communications over twitter and other social media confirming that Isis is indeed planning on infiltrating the United States through the Mexican border in the south.

On September 10th: ISIS Recruiting Hackers To Take Down America’s Economic System
Isis and Al Qaeda are recruiting hackers, including one who hacked into the British Prime Minister Tony Blair’s email account. The terrorist groups are bragging on internet communications that they plan to take down America’s economy by hacking its financial system and disrupting the economy. They have created software to protect their communications with one another.

On September 4th: Syrian Chemical Weapons Could Fall Into Hands Of Terror Groups
The presence of the Islamic State in Syria has the U.S worried about the possibility that stockpiles of chemical weapons that Syria may be hiding could fall into the hands of one of the most dangerous terrorist group in the world.

On September 4th – US Airstrikes To Begin In Syria:
Legislation to allow the United States to begin airstrikes against ISIS, AKA the “Islamic State” in Syria is in the workings

On September 4th: Brits And Americans Joining ISIS Terror Group
ISIS, also known as the “Islamic State” is on a world wide recruiting spree. Through their advanced network they have recruited roughly five hundred Brits and one hundred American’s to their cause to date.

On September 4th: Ukraine Ceasefire Deal In The Works
The Ukraine and rebels supporting Russia have been in talks and appear to be close to reaching a ceasefire deal that could end over four months of conflict.

On September 1st: US Embassy In Tripoli Captured
A group of Islamic militants has captured and now occupy the U.S embassy in Tripoli Libya. Heavy fighting is taking place within the cities capital. The U.S evacuated the embassy in the later part of July due to the fighting so it was unoccupied during the takeover.

On August 3st: US Airstrikes In Iraq
The United States military who are continuing to bomb Islamic forces in Iraq are now using fighter aircraft to attack around the Mosul dam and Amerli.

On August 30th: Britain Raises Terror Alert
Britain raises its terrorism alert level to “SEVERE” believing that British citizens fighting for Islamic extremist groups could bring the fighting back home. A “severe” terrorism level means that an attack is highly likely. The terrorism level is one level below “Critical” which is the highest British alert level.

On August 29th: Isis Eying Mexican Border
Posts on the internet reveal that ISIS is looking at the Mexican border as an easy way to get into the United States. This would present a problem due to the difficulty monitoring the border and the fact that the tunnels dug by these terrorists elsewhere are far more complex and vastly deeper than the tunnels used by Mexican drug cartels to smuggle drugs into the U.S.

The depth of these potential tunnels alone would make it virtually impossible to locate, as the entrances are both small enough not to be seen and hidden using cunning camouflage.

Roughly 2,600 people have died in the fighting between the Ukraine troops and rebels thus far. 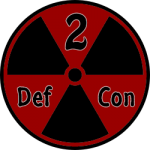 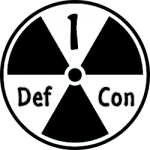 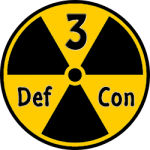